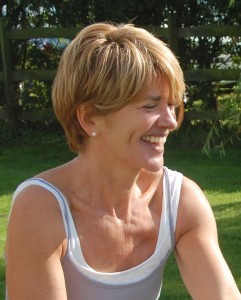 So, here I am.  Finally.  Writing my blog.   I suppose it was inevitable really, given that I love writing and it’s what I’ve done, in various guises, throughout my career.  I can also be pretty determined (others call it bolshie) when I put my mind to it.  And I don’t like injustice.  So when I thought that the NHS wasn’t treating dad fairly in his old age I got mad, embarked on a mission to set things right for him, then wrote about it in a national paper and went on Radio 4 to tell everyone about it.  (That’s another thing I love to do. Talk.)

I’d never have put myself down as someone who’d end up campaigning on behalf of the elderly or champion their right to better care.  But then I never thought I’d put mum in a nursing home.  When her dementia became so bad that my siblings and I feared not only for her but for our frail old dad, we were forced – like thousands of families up and down the country – to make that difficult decision.  And I wrote about that too.

My pieces struck a chord with readers.  I began to concentrate on writing about OAPs and funding their care, to research more about it, to meet experts in the field, to attend conferences.  I pretty soon realised that headlines warning of the “ticking time bomb” of financing old people’s care, the “looming epidemic” of dementia, the “silver tsunami” of our aging population, were all too true.  But they were sometimes simplistic, or generalised and impersonal.  Few of them drilled down into the everyday nitty-gritty of those living with dementia – and almost all were negative.

I wrote about 62-year-old Joyce, who described the discovery that her forgetfulness was down to Alzheimer’s as “a gift”.  She didn’t mean the illness of course, but the diagnosis.  She wasn’t alone in her positive attitude.  Many of the family carers I’ve met have been inspirational.  Faced with a demanding career, a young son and a mum whose dementia had progressed too far for her to live alone, Clare took an extraordinary step: she took the three of them travelling the world for a year.  They went to Australia, Indonesia and America.  “I only managed to lose mum and Tom once and not together – so I thought we did rather well.”  For once I was lost for words, silent in my admiration of this woman’s verve.

My articles on the elderly led me into other, related areas such as palliative care and the under-sung work of Admiral Nurses who focus their attention on the families of those with dementia.  I delved into controversial topics such as the Liverpool Care Pathway and end of life plans, of which I’ve had experience and am very much in favour.  Where abuses occur, it is they that should be eradicated, not the compassionate plans themselves.  I discovered wonderful people such as “Soul Midwives”, who offer companionship and comfort – a listening ear and the soft touch of a hand – to those coming to the very end of their life.

The stories I hear and write about show me just how lucky I am, they put life in perspective, they humble me.   Many of the experiences I share, though often personal, are also universal.  At the top of my website I describe myself as a writer, a campaigner, a mum.   I’m also a wife and, having vowed never to own a dog, indeed *whisper it softly* having never even liked dogs, I’m now the owner of Bert, a cockapoo who rules our household and, being exceptionally clever (not), tweets from his own account @DownDogBert.   Many different aspects of my life make me what I am and will no doubt feature in my blog.  Until I came to write this I’d forgotten where the word even came from.  It’s the shorthand version of a log (or diary) that’s posted on the world wide web.  A web-log.  A Blog.