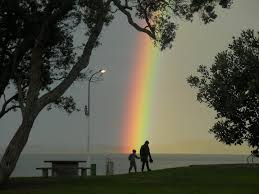 Recently a confluence of events has started me thinking.  Always dangerous but on this occasion, positive.

First up was some great news involving my daughter Emily.  Modesty, and the threat of being disowned as her mother, prevent me elucidating further; suffice to say, my current husband (I’ve been married before and like to keep this one on his toes) and I are both astounded and inordinately proud of our girl.   CH and I were, and remain, amazed that someone carrying our genes could be so talented and clever, but there we are.  That’s life.  And you’ll have to use your imagination to work out what it is Emily’s accomplished.  The upshot was, my Tuesday afternoon turned, in the blink of an eye, from wet and gloomy to heart-thumpingly glorious.

Second up, CH and I attended a wedding.  For the first time in several years.  Gone are the days of one a weekend.   Any minute now we’ll be off to celebrate the nuptuals of some friend’s child and I will have to admit that I am well and truly past it.   We dolled ourselves up and headed off to Tetbury’s imposing Georgian Gothic church of St Mary the Virgin and St Mary the Magdalene, with its original high-backed box pews and romantic, candlelit interior.

I’d forgotten the rustling expectation of a wedding congregation as it waits for the bride, the turning heads, the murmured whispers and sudden exclamations as old friends catch each other’s eye.  Weddings – big, bursting at the seams church weddings such as this one – brim with hope. Two lives on the verge of a vast expanse of something new.  The last three times I’d been to church were for funerals, one of them, my mum’s.   Each had provided its own solace, its tribute for a life well lived, its comforting rhythms, rituals and hymns.

But a marriage is different: in place of muted reflection is laughter, in place of a stiff whisky, a flute of fizzing champagne.   Weddings buzz with happiness, Jo Malone perfumes the air and optimism pervades it.  Only the stoniest of hearts could fail to be affected – an old softy like me was a goner.

The third event was altogether different: a trip to the Young Vic for Samuel Beckett’s “Happy Days”.   For anyone not familiar with this most Beckett of Beckett plays, its title is ironic.  The lights go up – fiercely and unrelentingly – on a middle-aged woman (that’ll be me again) buried up to her waist in sand.

There are as many interpretations of Happy Days as there are grains of sand on its stage beach but mine, taken three days after the wedding and a week after Emily’s very good news, was to see it as an honest if brutal examination of the human condition.   Winnie burbles away – it is, after all, all she can do – to her husband Willie, who is hidden behind a rock and rarely responds.  As well as being able to talk the hind leg off a donkey, Winnie possesses another very female attribute.   Her bag.   From it, throughout the play, she withdraws a toothbrush, a comb, a lipstick, a music-box, a nail-file, a bottle of medicine and, chillingly, a revolver, on which she bestows a compulsive kiss.

I was fascinated by these items.  Apart from the gun, which I saw as Winnie’s only true friend in that it offered her a means of escape, what did the others represent?   A woman’s life?  If so, how startlingly sad.  But despite her lot, Winnie refuses to be defeated.  Despite sinking ever further into the sands of time (by the second Act she is buried up to her chin) despite the scorching sun, despite the loud and jarring siren that announces the start and finish of each “day” (the sun never dims and there is no night), she prattles away, her words providing a veneer of brittle bonhomie to cover the pain of her circumstances.  Occasionally she sings a snatch of a song.  She is an eternally optimistic woman literally stuck in a rut, a “hopeful futilitarian” to coin Robert Brustein’s clever phrase.   Is she, in exaggerated form, merely every woman?   Good golly, it was all a bit deep and I left the theatre with plenty to think about – mainly, was I Winnie?

As if to rescue me from the terrifying bleakness of Beckett’s play and remind me of the joy that is Emily and the hope of the newlyweds, I had a dream.   Walking along our unremarkable London road of Victorian houses I looked up into a pale sky washed with rain and saw the foot of a rainbow planted at the T junction.  This part at least was true.  Rainbows are one of the few advantages of the storms battering us at the moment and a few weeks ago I stood and marvelled as one arced over our street before continuing on my way.  In my dream I ran towards the fluttering end of this huge arch of colours, reached up and pulled it down.  It had the coarse, heavy texture of a thick scarf and its wide, stripy tail was fraying.  I can still feel the fabric curled in my fingers and its strong force pulling on my shoulders.  I’d caught it!   Achieved the impossible.   Captured a rainbow.

Of course I immediately woke up.  But the sensation remained, reminding me of the extraordinary impossibility I’d held in my hands.

And this, surely, is life.  The thread of it, the rope of experiences, good and bad, high and low, hopeful and abject, that form our time on earth and make us who we are.  More and more, as I talk to and write of those facing fears, traumas, illness and hardship the like of which I’ve never known, I’m struck by their almost inhuman resilience.  It’s as if, forced to confront the worst, they savour the best.  A common refrain is, “I take each day as it comes” or “I live for each day”.   They teach me such a lot.  Under the searing glare of an unrelenting sun, Winnie still hopes.  She looks in the mirror and brushes her teeth, and when she can’t even do that, she sings.