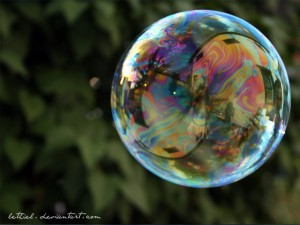 Eugene O’Kelly was the high-flying CEO of one of the world’s largest accountancy firms, with a packed diary for the next 18 months, a rock solid marriage and two loving daughters when, aged 53, he was told that he had inoperable brain cancer.

“I was blessed,” reads the opening sentence of the book he wrote after his diagnosis.  “I was told I had three months to live”.

It’s an extraordinary statement.  What he meant, he explains, is that knowing he had so little time left he came to realise the value of the present. The here and now.   He created what he called “Perfect Moments”, which he spent with people who were dear to him.

Though perfect, these moments were anything but extravagant or exotic; they were often everyday experiences such as strolling in the afternoon sun or rowing across a glassy lake.  What made them perfect was that time stood still, distractions ceased, emotions and senses were heightened as he shared precious minutes and hours with those he’d chosen to be with.

How often can any of us say that we have achieved such intensity of experience – truly lived for the moment, in the moment?   We do it when we are very young children, just out of babyhood and unaware of little more than our own self.  As adults we watch on, charmed at the sheer delight of a toddler blowing bubbles. On holiday, marvelling at the slow majesty of a perambulating elephant, we’re as likely to lower our eyes and reach for our camera to record the scene for later as stand still and take it all in, now.

When the actor Timothy West recently spoke of his wife Prunella Scales losing the ability to remember things very well because of mild Alzheimer’s, he described how much the two of them enjoyed their leisurely canal trips.   “You don’t have to remember things on the canal.  You can just enjoy things as they happen – so it’s perfect for her”.

It struck me at the time that life aboard a narrow boat might be quite a good metaphor for living well with dementia.

Now a new report has come up with some innovative ideas to improve the lot of those with the condition.  One of the most controversial is the suggestion that in the process of helping them to live well, too much emphasis is being placed on memory, on things as they once were, instead of things as they are.  This flies in the face of conventional thinking which sees those with the condition being surrounded by objects and photographs from their past in an effort to make them feel happier and more secure.

The paper cites Nobel Prize-winning psychologist Daniel Kahneman, who draws a key distinction between what he calls the “remembering self” (our memory of our experiences) and the “experiencing self” (the elusive here and now which Eugene O’Kelly tapped into in the last three months of his life to such great effect).   Kahneman suggests that we should all suppress our “remembering selves” a bit and focus more on the present.

The report, commissioned by Red and Yellow, an organisation providing dementia care, says that Kahneman’s theory has implications for those with the condition.

“One might even argue that the growing inability of people with dementia to remember – coupled with their often uninhibited approach to enjoying happenings in the moment – has something to teach those without dementia about the value of the experiencing self”.

Red and Yellow’s counter-intuitive approach to the importance of memories for those with dementia reflects the increasing focus on what people with the illness can do (live in the moment) rather than what they can’t (remember).

It also drills down, in an almost philosophical way, into what it means – for everyone whether or not they have dementia – to be happy and fulfilled.  In doing so it explores the complexities of happiness, how its attainment requires the contrast of highs and lows.  And from this goes on to ask how we can “overcome the determination to eliminate unhappiness from the lives of people with dementia”.

Stated baldly that last statement may seem odd.  But the intention behind it – to allow those with dementia to experience and express the same range of emotions as those without – is not only logical, but quite obviously right.

Running alongside the aim of enabling people with the condition to lead as fulfilled and normal a life as possible is the desire to let them take risks – an integral part of everyday existence – while of course ensuring that they are safe.

This was well illustrated at the report’s launch by a story recounted by the journalist and broadcaster Sally Magnusson, whose mother Mamie had dementia.

When Mamie’s condition was fairly advanced she was asked to give a tribute at a friend’s funeral.   Sally described writing the speech for her mother, who was adamant she wanted to give it and how, despite the family’s worries about what might go wrong, Mamie gave a wonderful performance.

But then, at the conclusion of her speech, Mamie – forgetting what she’d just done – simply turned over the paper and started all over again.  Sally sat rooted to the spot, heart thumping, riddled with guilt at placing her mother in such a vulnerable and embarrassing position, as Mamie gave the entire speech a second time, with as much gusto as the first.

When, finally, Mamie returned to her seat, the congregation erupted in spontaneous applause. “They did so,” explained Sally, “Because they knew and loved her.  She was in a community that understood her.

“This is how we need to function in a world with dementia.  We have to build that understanding in communities; she had a great time, the problem wasn’t hers, but mine”.

And so, having had our normal thinking on how to live well with dementia turned upside down by the suggestion that current beliefs are too memory-centred, having been pushed outside our comfort zone to consider increasing rather than reducing the risks and potential unhappiness faced by someone with dementia, we return to the familiar.  Dementia-friendly communities.

It’s a phrase that some consider too glib and sometimes hollow, but which defined properly is surely what we want.   A society where everyone – with or without illness – is able to live as well as they can.  Where to live with dementia is not to be coddled or patronised, or treated as gaga or stigmatised, but to be enabled and encouraged to live the life that is yours right now, this very moment, perfect or not.

Please Read On
Open All Hours