In last week’s blog I described Twitter as a fabulous global cocktail party, which was later – in a gratifying example of just the sort of exchange I was promoting – nominated by one of my tweeps (or followers) as her quote of the week.

Of course, as I said then, it’s better than an authentic cocktail party because of the surreal wealth of diverse and expert people you encounter (or not). 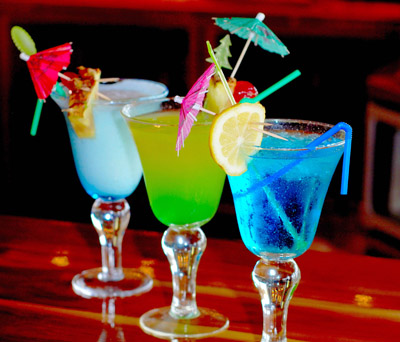 Twitter’s other great advantage over real life is that the choice of who to bump into is always yours.

But aside from my colourful portrayal of this modern form of communication and its social benefits, Twitter and other online mediums for exchanging ideas have huge implications for society as a whole.

A major interest of my blog lies in dementia in all its many and varied aspects.  In the relatively short time I’ve been on Twitter I’ve met scores of people whose knowledge and personal experience of this cruel condition are far greater than mine.  Among them are a fair few inspirational individuals living with it.

For want of a better name I call this group the dementia community and like all communities, the individuals within it, including me, fare better through being its members. They gain strength not merely from their numbers, or from troubles and ideas shared – in themselves powerful forces for good.  Working together, these people – young and old, with and without dementia, experts and laypeople (like me) – gain influence.   It doesn’t come overnight, this growing sense of power, but slowly and incrementally.

This was brought home to me through a recent blog by Gill Phillips, whose innovative “Whose Shoes?” approach to social and health care are truly person-centred.  Gill’s method of working puts customers (from local authorities to health organisations to universities and colleges) in touch with each other so that they can produce and share tips and ideas – together.    The concept of “walking in each other’s shoes” allows one group of individuals to explore the concerns, challenges and opportunities faced by another.

Gill’s blog , followed by over 7,300 people, was about an event in Cumbria designed to improve medics’ understanding of their patients, which she helped to facilitate and which was attended by a number of senior NHS clinicians.   Using very few of her own words, Gill created a blog consisting almost entirely of tweets (and occasional images) of the event from before, during and after it, capturing its positivity, revealing how ideas – on topics including leadership, culture, data use and patient empowerment – build on each other to produce a zinging, creative buzz.

Here’s a snatch to give you a flavour:

HTMC@htmc0: We should talk about patient feedback rather than patient complaints #PatientCare

Farhan Amin @patientmemoirs: @WhoseShoes @GleefulKaz @htmc0 Treat Pts as adults have conversation, share opinion, learn from them to improve their care is my moto

The tweets seem to rise to a crescendo of enthusiasm and show why Gill is right to be such a fan of the social media’s ability to bring together people with the same values and passions who wouldn’t otherwise have made contact.   I did a quick head count of the twitter handles mentioned in her blog: 45.  These included attendees and non-attendees, clinicians, private individuals and organisations such as the Cumbria Partnership NHS Foundation Trust (@CPFTNHS), as well as luminaries such as David Nicholson, days before he stepped down as Chief Executive of the NHS, NHS England’s Chief Nursing Officer Jane Cummings who has over 11,000 followers on her Twitter account – and a delightful Twitter novice called Julia.

In addition to the names mentioned there are hashtags to follow and retweets and favourites.  One event hundreds of miles away in Cumbria, of which I’d never have been aware had it not been for Twitter, was brought home to me (quite literally, in the privacy of my study) with as much colour and immediacy as if I’d been watching an Alan Bennett play from the front row of the National Theatre.

And – as the discerning reader may have spotted – this blog wasn’t even about “my” subject. Dementia wasn’t mentioned.  But Gill Phillips has a keen interest in dementia and was instrumental in the creation of the #dementiachallengers hashtag that built on the Government’s Dementia Challenge launched in 2012.   It was through this hashtag that I “met” her.

Fittingly – and typically for such a Twitterphile – Gill’s explanation of how #dementiachallengers came about is told in tweets in another of her blogs.   Here are some snippets:

That last tweet piqued my interest as I know a bit about continuing healthcare or #CHC, a contentious form of NHS funding designed for those who are very ill “with a primary health need”.  It is very difficult to procure even for anyone, such as my late father, who was palpably eligible.  Writing about my struggles to obtain it for him resulted in one of my first pieces of elderly care journalism: http://www.telegraph.co.uk/health/elderhealth/7386805/My-father-saved-all-his-life-but-was-failed-by-the-NHS.html.

So, like Venn diagrams – like communities the world over – the different circles of like-minded individuals who have come together to exchange ideas, offer support and gain comfort and strength from one another, overlap.

Researching this blog I have made scores of new virtual contacts.  And unlike newspaper articles which famously become no more than fish and chip wrapping the day after they’re published, what appears online stays online.   A phrase often – and rightly – used as a warning for naïve Internet users, this turns into a golden opportunity for those of us keen to advance causes close to our heart.  Nuggets of information relating to our particular spheres of interest exist online, like undiscovered treasures on the seabed, waiting to be found.

Tweets can point us in the right direction; hashtags and communities are vital.  Without them the Twittersphere is simply too vast a place in which to find what we’re looking for.

I feel as though, having arrived at the cocktail party rather late (story of my life) I’m busy playing catch up with innovators such as Gill.   Still, I’m more than happy to follow in her very large virtual footsteps and if ever we meet I promise I’ll buy her a #properdrink.

Open All Hours
Where Memories Go