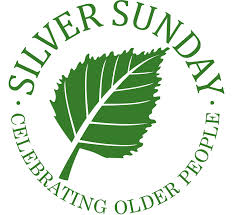 Silver Sunday.  How easily it slides off the tongue.  It’s happening this weekend so it seemed a good subject to write about.   I’m sure many people will have mixed views about it; I thought I was one of them.  But having carried out a bit of research I’m far more positive.

Silver Sunday was launched just two years ago and in the words of one of its champions, the absolutely fabulous Joanna Lumley, it’s “All about celebrating older people, particularly lonely older people, who are overlooked by society”.  What’s not to like about that? Absolutely nothing darling, as Patsi might say before air-kissing my cheeks.

I was further drawn to the initiative when I discovered that it was led by the Sir Simon Milton Foundation.  I was lucky enough to meet Simon a couple of times before he died suddenly a few years ago aged just 49.   Modest, quiet, unassuming, he was Boris Johnson’s deputy, playing the straight man to the Mayor’s larger-than-life persona and ensuring that at least some of the blond one’s grand ideas were turned into reality.

The Foundation was set up after Simon’s death to pursue his vision of a caring city offering opportunity for all.  He knew what he wanted for London’s older people: “More personal choice and control, personal dignity and the chance to make a positive contribution”.

Hear, hear to that.  So why was I sceptical about Silver Sunday, originally launched in London and now a nationwide event?  My initial beef was why on earth we, a supposedly civilised country, should need a gimmick such as Silver Sunday to get us to recognise the value and worth of the more mature among us.

The cynic in me says that before too long greeting card manufacturers and retailers will have jumped on the band wagon and started to produce and sell Silver Sunday cards and pressies.  Generous as those business people undoubtedly are, they’re unlikely to be motivated by the kindness of their heart.

But – and it’s a big but, and I’ve said the same of dementia friends, another initiative with its fair share of sceptics – I believe that anything that gets us talking about, raising awareness of, increasing positivity about the subject, is good.

When New Labour and its revolutionary new media machine first came into being in the 1990s I was working in the Palace of Westminster and I remember being told the theory behind sound-bites – those annoying nuggets of language bereft of verbs that were constantly being repeated by Tony Blair et al and have now become common as .. well, muck ..  among politicians.   Remember “Tough on crime, tough on the causes of crime” and “Education, education, education”?  I bet you do.  Because, as the spin doctor explained to me, it’s only when you, the public, are getting sick to the back teeth of them, that we in politics know they’re working.

I think that seemingly tokenistic approaches such as Silver Sunday may work in the same way.  There’s no doubt something has to change in our society: in the same week as we celebrated International Older People’s Day (another contender for the cynics’ dubious day award) a report by HelpAge International revealed that the UK doesn’t even make it into the top ten countries in which it’s best to age.

Norway came first, with the highest level of well-being for those over 60.  We were ranked 11th, behind, among others, Sweden, Switzerland, Germany and the USA.   Worryingly, we came 23rd for education and employment (trailing the likes of Bolivia and Estonia) and 27th for health.  Unsurprisingly, given what I have discovered (and written) about their enlightened attitude to dementia, Japan came first for elderly health care.

Joanna Lumley highlighted this East-West divide in an interview on Classic FM to publicise Silver Sunday.   Asked whether we in Britain had something to learn from other countries, she was quite clear.

She contrasted once multi-generational family homes (where “furious teenagers boiling with teenagery things” used to help look after two-year-old siblings and 95-year-old grannies sitting in the corner) to today’s society in which the affluent West separates itself off into different homes in which people wearing individual sets of headphones watch separate screens.

She compared our contemporary approach to older people to that of the Far East where, she said, “The older you get the more you are respected and your opinions are sought.  That doesn’t happen in this country, where as soon as you reach a certain age you are thrown onto a kind of mental scrap heap”.

It’s worth, not just listening to the interview but watching it on Iplayer in order to see and hear just how far from the scrap heap 68-year-old Joanna Lumley is.  She may be a pensioner but she’s a million miles from past it.

And she articulates my point about the sound-bite penetrating the public consciousness far better than me.  Recognising that traditions can’t be built overnight, she said she hoped that Silver Sunday would eventually, like Mothering Sunday, become a fixture in the calendar.

Now that really would be something.  Although it only comes round once a year, Mother’s Day is a time to remember our mums and generally we do.  Even when they’re no longer with us.  I drove down to Surrey this spring to visit mum’s grave on Mothering Sunday.  These rituals are important, not just in themselves, but collectively; over time, they accrue and begin to mean more.

The nationwide activities taking place in two days’ time in the name of Silver Sunday are many and extremely varied.  From teas and tangoes to ballet at the Royal Academy of Dance, from quizzes and crosswords to walks and runs and obstacle courses.

In 2012 there were just 19 events in Westminster, last year over 150 took place across the country.   Silver Sunday is already spreading and growing – and like those irritating sound-bites it will be seeping into our sub-conscious.

The events themselves – whether cerebral or physical – are not the point; it’s the participation, the coming together of the generations as we used to do, that really counts.  Visits are made, words are exchanged, tea is drunk and perhaps, whisper it quietly, gifts are given and received (let’s hope they’re homemade).

If Silver Sunday is what it takes to kick start us towards the inter-generational mixing that used to happen of necessity, it has my blessing.

Drawing From The Inside Out
The Story of Tall Tim