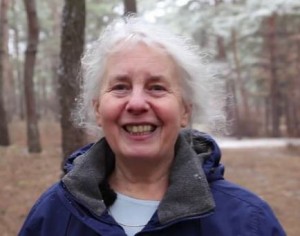 If you Google Dr Jennifer Bute the first entry you see is for her website.  Its title is “Glorious Opportunity” and in many ways it tells you all you need to know about this remarkable woman.

Formerly an executive partner in a large GP practice in Southampton, Dr Bute was diagnosed with early onset Alzheimer’s at 63, and she describes her condition not in the negative terms we’re so used to hearing but as “an unexpected gift”.

So you’ll understand why I was very interested to hear her in action on BBC Radio 4 this week.  My expectations were high: they were exceeded.

In half an hour of clear, often witty conversation, devoid of overblown soundtracks or clever broadcasting techniques, she revealed what it’s like to have a condition that is today being talked about more than ever before and, more importantly, being discussed in appropriate, informed and helpful ways.   Nowhere more so than in “The Doctor’s Dementia”, which I strongly urge everyone to listen to.

It started with the insistent ring of a telephone and Dr Bute’s description of how she once tried for 40 minutes to stop her phone ringing before she realised that she was having an auditory hallucination.  We listeners were immediately plunged into the difficult, confusing, some might say frightening, world of someone with dementia.  Dr Bute also hears a cacophony of typewriters (as did we) and babies crying (ditto).  It was all part of what she calls her story, of what she’s learning as she experiences dementia.

And it is this – this knowing the condition “from the inside” as well as from the outside, as a professional – which gives her such a rare perspective on it.  She considers this to be “a privilege”.  I’m not sure that everyone in Dr Bute’s position would share her view, but it certainly makes her a formidable ambassador when it comes to increasing awareness of, and improving attitudes towards, dementia.

Her language is lucid, with the well-ordered structure of a medical professional, and still reveals – a decade after she first developed Alzheimer’s – an impressively sharp brain.

Having outlined how it all began when she got lost trying to find patients’ houses (then the surgery and finally her own house), she tells us what she did once she’d been diagnosed.  It is simple, obvious (once she’s said it) and highly effective – as many genuinely dementia friendly actions often are.

She produced leaflets for her three married children so that they would understand what was happening to her.  She also gave them to her friends and acquaintances because she discovered that when people found out that she had dementia they avoided her.  “It’s not that they don’t want to talk to you, but they don’t know what to say or how to cope”.

Stigma, as I’ve written before, stems from a toxic combination of ignorance and fear: inform others and their fear begins to dissipate.   Dr Bute understood this.  And yet she tells us that she is ashamed of how little she knew about dementia when she was a GP.  “I didn’t know what I didn’t know”.

And now she is an informed and active campaigner who is passionate about helping others understand this misunderstood condition.  Her website, run by her son who lives in Ukraine, features a video in which she describes her personal experience, as well as tabs for resources (including for children, carers and end-of-life), teaching modules and fascinating information on Japanese memory groups, which are based on the Japanese ethos of high regard for older people, (about which I’ve written before).

Over the next few minutes this down-to-earth woman tells us – in her practical, no-nonsense way using personal anecdotes and incidents – what dementia actually is, the individuality of each case (different coloured front doors in the dementia friendly village she and her late husband moved to didn’t help her recognise her own, but placing a familiar bronze figurine outside it did), how it affects those who have it and their families, and how best they can be helped.

She chooses her words carefully, explaining that there is an “emotional unzipping” when you have dementia as feelings become more intense.  She finds this difficult because, as a GP, she was very much in control.   She says she gives herself a talking to and puts on music to “regroup” – a phrase she prefers to the perhaps more patronising “calm down”.

Like so many others with (and without) dementia, she believes it is very important to use the right words.  “You live with dementia, you don’t suffer with it; we are not victims, we are people who happen to have it and the people who look after us are not our carers, they’re still our wives, husbands, daughters and sons”.

She’s very much worth listening to, Dr Jennifer Bute.

A Little Bit of Magic Down Lambeth Way
Tim Lloyd-Yeates