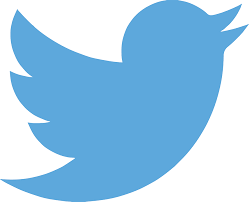 “Twitter is utterly pointless”.  So says John Humphrys, Mastermind inquisitor and veteran presenter of the BBC’s flagship current affairs Today programme.   I know Radio 4’s resident Rottweiler isn’t everyone’s cup of early morning tea, but as a fellow journalist I admire his unswerving, if irascible, pursuit of an answer.   However, on the subject of Twitter, he is utterly wrong.   In a recent Radio Times interview where he was, for once, the interviewee, he has – excuse the pun – missed the point.

Of course endless tweets about strangers’ meals, their unfunny peccadilloes, their “cute” little darlings, are tedious.  Yet Twitter has a place.  A very important place.

Mr Humphrys’ interviews with those affected by dementia (both those who have it and their family carers) have shown him to be sensitive to the complexities and numerous emotional, psychological and practical challenges of the condition.   Indeed, two of his interviews were so powerful that I blogged about them here.  Yet he seems ignorant of the positive power that social media can play in those same people’s lives.

Mr Humphrys qualified his views a tad in the Daily Mail, admitting that “there are some reasons to applaud Twitter” and they involve its “community factor”.  He gives an example of the BBC’s technology correspondent solving a computer problem by asking advice on Twitter and finding an expert interviewee for a national story via the same route.

Yet this clever and usually perceptive Welshman has still managed to miss the real point.  Yes, Twitter’s strengths lie in its communities – as do (as he so rightly observes) its undoubted flaws.  Its bullies hide behind their Twitter handles, find false, swaggering courage in numbers, egg each other on and prey on their victims.  Sadly, all sectors of society contain unpleasant people.

The reverse side of the coin is that the absolute strength of Twitter lies in its “community factor” – not simply as a means to solve problems by asking a million global brains for help – but in the real spirit of community.  This is what I discovered when I set up my dementia blog two years ago.

To be fair, before I did this I too wondered about the purpose of distilling my earth-shattering views into 140 characters and releasing them onto an unsuspecting world.   I’d already written for various newspapers about my mum’s experience of dementia and discovered that my articles struck a chord with readers.  It was my husband who suggested that I set up a website so that my pieces could go “straight to market” as it were, bypassing the often frustrating process of placing them in national papers.

I was a nothing, a nobody, in the dementia world (or in any world come to that) so to advertise my blogs I tweeted about them, sharing the link to my latest post.  My Twitter followers – 30 when I wrote my first blog – rose exponentially and I was soon being followed by the head honchos of the Alzheimer’s Society, the Care Quality Commission, Alzheimer Europe, Dementia UK and a veritable host of People Who Matter.  Such is the power of the Internet.

And yet this is again to miss the point.  So, my pearls of wisdom were being read by VIPs – all well and good, and flattering for me.   But my most exciting and very early discovery was the power of Twitter to connect like-minded people – to form communities.  Just two months into blogging I was writing about this very subject.  The title of my eighth blog says it all: “Cheers! Why Twitter Matters”.

It matters because it joins up people who would otherwise never meet.  In an even earlier blog I’d described Twitter as “a fabulous global cocktail party” that takes part on the Internet, “where ‘virtual friends’ converse across continents, sharing ideas and best practice, encouraging each other and providing support.  Nowhere is this more applicable than for those whose lives are limited, both physically and mentally.  And – and this is the truly wonderful bit – the benefits of social media apply equally to carers, who often struggle on for years, their own needs pushed aside or unrecognised as their health and well-being pay the price”.

Researching a Guardian article I interviewed the 65-year-old wife of someone with dementia.  She told me that she feels trapped by her husband’s condition and likens her situation to that of a mother of young children, but writ large because she has no contemporaries in the same boat.  The Internet – Facebook and Twitter – can help carers to connect with others facing the same daily challenges.  She and I share posts on Facebook; we connect.  Occasionally we  – whisper it softly – actually meet.  In person.  None of this would have happened if I hadn’t tweeted out my blogs.

The most moving interview I’ve ever conducted was done in the privacy of my own home, via telephone.  It was with Jan Inman, whose husband Ron, who had Lewy Body dementia, had passed away days earlier and had still to be buried.   The interview was at Jan’s suggestion and I wrote it up here.  I “met” Jan on Twitter.  In fact I have never actually met her, but I feel we are friends now and we regularly interact via social media.

These are the family carers.  What of those with dementia?  I can only imagine the fear and confusion they may feel when they venture out and the possible comfort that virtual friends and contacts on Facebook and Twitter might bring them.  I see it, however, in the wonderful blogs of Wendy Mitchell and Chris Roberts, who I have met at various conferences now, but only after meeting them on Twitter.   There are countless other people with dementia who I feel I know but have never met; it would be invidious to single out anyone, but they know who they are.

And then there are the individuals whose passion to help those with dementia has led them to create enterprises such as Many Happy Returns (@SarahReed_MHR),  Engage and Create (@engageandcreate) and Life Story Network (LifeStoryNetwrk).  The list is endless, and they are all on Twitter, so you – and anyone else, perhaps someone who has just been diagnosed with dementia, or whose friend or relative has – can find out all about them.  This, Mr Humphrys, is the flip side of your argument.  Far from being utterly pointless, for those of us who use it in a positive way, Twitter is invaluable.

Searching For Memories
Speaking Out – About The Social Model