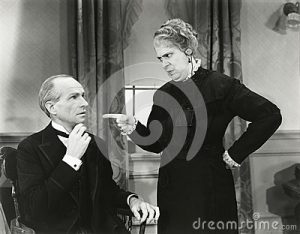 My mum, who had dementia, lived the last seven years of her life in two nursing homes.  The first was carefully chosen by dad, vetted by us three children and considered the most loving environment of those on offer.  As many people do, we found ourselves chasing a care home place in a crisis – it was the ultimate “distress purchase”, chosen when mum was admitted to hospital (she was very nearly sectioned).

The home stood in a pretty, well-kept garden at the top of the town where my sister and I had been to school.  Sheep grazed on nearby slopes and it was, we all agreed, as good as it gets; once mum settled in she seemed content and well cared for.

Four years on, quite out of the blue, not long after dad died and a week or so after I’d finally won state funding for mum, I received a phone call to say that mum’s home was being investigated, the police were involved, her name would come up in court as a person “without capacity” and she would need to be moved.  Life was like that at the time.   I never knew, from one moment to the next, what might happen.  Stress?  I’ve never known anything like it.

So for her last three years, until she died in 2012, mum lived in a different home from that carefully chosen by us.  In the same town, this one was modern and purpose built.  Mum had a room on its dementia floor; by this time she barely spoke and was confined to bed.  None of us children liked the fact that mum had to be moved, that her new carers had never known the “old mum” – the “almost mum” she’d been when she’d entered her first nursing home – but as so often for family carers, events were beyond our control.

I didn’t visit as frequently as I should.  I was worn out from years of supervising dad’s care from 30 miles away (ill as he was, he was adamant he wanted to remain at home), I found it difficult to see mum as she’d become and I never really knew what to do or say when I was with her.  Besides, my daughter was still young, my London life hectic.  You know the score.  It’s no excuse; it’s simply how it was.

When I did visit I remember feeling anxious because a fellow resident often wandered into mum’s room.  He was living with moderate dementia, uttering seemingly unintelligible words and phrases, and it worried me that he was allowed to stroll through mum’s open door because she was so unaware and – should it come to it – so utterly defenceless.  I took it up more than once with the nurse in charge of mum’s floor.  I was always polite, but I bet my anxiety made itself felt pretty firmly.

I knew, even as I complained, that my times with mum were fraught, charged with a combustible combination of grief and guilt.   But it was only recently that I stopped to consider the psychological minefield that care home staff must navigate as they balance their residents’ complex needs with the tangled, competing emotions of their relatives.

It happened when I visited Surbiton’s Royal Star and Garter Home, which has a forward-thinking dementia care philosophy that places residents’ feelings at its heart and takes an individualised, person-centred approach.

Under the guidance of Sally Knocker of the specialist consultancy Dementia Care Matters, the home creates detailed histories of residents with the condition.  What really struck me – apart from the extent of my own ignorance of dementia when mum had it – was something said by Pauline Shaw, director of care and service development for Royal Star and Garter Homes.

She mentioned how tricky it is for her staff to deal with the guilt of residents’ relatives while also ensuring the best for everyone in their care.  To illustrate her point she described how residents’ doors are left unlocked so that they can roam freely – I nodded to show I agreed with the sentiment behind the policy.  But this, Pauline continued, sometimes leads to relatives complaining when other residents wander into their loved one’s room.  I nodded again.  That complaining relative had been me.  Of course I was entitled – and probably right – to voice my concern, but what I was also subconsciously giving vent to, I now see, was guilt.

This guilt was a heavy, personal burden accumulated over many years and involving misunderstandings and rifts between mum and me.  At this point our already complicated relationship was further clouded by the fact that because dad had, unlike mum, remained in his own home, I’d devoted far more time and energy to him.   Dementia, when it comes, doesn’t exist in a vacuum, or even in one person, but in the messy, tangled busyness of everyday family life.

On its website, the Social Care Institute for Excellence (SCIE) says that people sometimes assume that when a person with dementia moves into a care home this will largely resolve the stress of caring, but often this isn’t true.  “In fact this may leave the carer with feelings of guilt or a sense that they have ‘given up’.  This in turn may make them critical of the care in the care home”.

From 2013-14, John Kennedy, a former director of care services, conducted an inquiry into care homes in which he concluded that a “deeply engrained feeling of guilt is behind much of our struggle around care homes”.  I agree.

So much so that in 2013 I wrote a Thunderer column for the Times in which I reflected on how society responds to the care homes crisis.  Was it, I asked, by calling for tax increases so we can afford to pay care workers decent wages?  Or was it by saying we’ll have granny to live with us? I concluded that it was neither. Therefore, I argued, we had little excuse for moaning, but some reason to feel guilty.

Kennedy takes my argument one interesting step further.  He says we’re ashamed of not looking after our older citizens.  “We need to grow up and get over it, or take grandma home and care for her ourselves.  What we must stop doing is projecting our guilt on to care homes to make ourselves feel better”.

I recently contributed to a Hull University project looking into how we in today’s society memorialise our loved ones – including, as in my case, someone with dementia.  I concluded that, with my growing body of writing about mum, I am truly re-membering her, re-collecting her, piecing together in my mind the woman she was without her dementia, and paying tribute to her.

As so often when I write, the process reflects back on me.  I know I’m always harping on about the guilt I feel over my various shortcomings when caring for my parents.  But this aspect of my guilt – this unrecognised projection of an always dangerous emotion onto the care workers in mum’s home – is a new one on me.  It’s made me stop and think – and write.  Again. 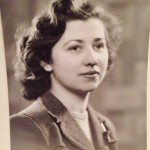 Life Stories Written In Invisible Ink
In Other Words

6 Responses to The Blame Game