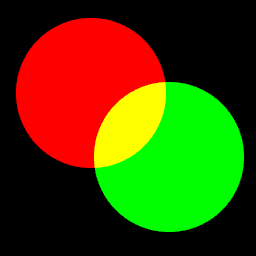 Several years after my elderly father died I received a call on my mobile from an unknown number as I sat in my car.  Assuming it was from someone trying to sell me something I almost didn’t answer; when I did, the voice in my ear sent me swooping back in time and although it was a warm day I broke out in a cold sweat.

It was Martha, a wonderful Zimbabwean woman who lived with and cared for my dad during the last three years of his life when he was bedridden, unable to speak and fed by a tube in his stomach.   Hearing her again reawakened the stresses, fears and sadness that had enveloped me every time this kind, gentle woman called me up.

Despite several attempts in the years since dad died I had never managed to contact Martha, so this was the first time I’d heard her voice since his death.  Its lilting, accented cadences, combined with the way she called me “Pippy” (no one else ever does) pitched me into my past, hurling me back into the most difficult time of my life.

It sounds dramatic when put like that.  But I have considered my words carefully.  My elderly parents took many years to die.  Mum, who had dementia, lived in a nursing home close to dad’s flat.   For me, it was an agonising, drawn-out decade as I experienced constant worry, grief, frustration and a never-ending sense of loss.

Now, when I talk to people who are in the throes of looking after loved ones I am all too aware of what they are going through.  And sad as I am that my parents have died, I breathe a sigh of relief that, for my family – for the moment at least – those times are over.

I didn’t even consider myself a carer; it was dad’s social services manager who told me I was.   I didn’t perform the numerous, daily intimate tasks for dad that Martha did.  I didn’t sleep in the room next to his, listening out for his bell.   I didn’t top up his feeding tube or replace his catheter.

But I spent hours talking to doctors, nurses, lawyers, carers and care agencies, care home managers and staff, NHS and social care employees of all ranks, bank managers and equipment providers, sorting out issues, arranging appointments, cajoling and complaining, buying and explaining, applying for and ultimately securing (after lengthy appeals procedures) NHS funds for both my parents.

And of course I visited them as often as I could.  The emotional turmoil was unrelenting, and often vented on my long-suffering husband.  Such is the lot of the seven million family carers in the UK, even one operating at arm’s length, like me.

The distance of time lends perspective.  Looking back, I see that slowly but surely you begin living two lives: your normal, everyday pre-carer’s life centred on your own family, your own work, your ups and downs; and your carer’s life, focussed, by definition, on those for whom you are caring, on their needs and worries, their (in my parents’ case) virtually constant lows and very occasional highs.

The two orbits in which the carer exists are inexorably linked.  I wasn’t good at Maths at school but I remember Venn diagrams with their overlapping circles, and they remind me of how it was for me in mum and dad’s closing years.

Now that I write so much about elderly people, their care and dementia, I frequently encounter (either on social media or in the flesh) individuals who look after loved ones not at a distance, as I did, but in their own homes.  Their selfless devotion floors me; it humbles me as little else can.  The circles of their particular Venn diagrams are not so much overlapping as overlaid until the carer’s life is all but hidden under the life of his or her charge.

Researching a piece about Admiral Nurses (specialist dementia nurses who support the families of those with the condition) I received, late one evening, an email replying to some questions I’d posed a man in his 60s who lives with and cares full-time for his elderly mum who has Alzheimer’s.

In answer to how he saw the future the man said he’d recently told his Admiral Nurse: “When all this is over I am thinking of changing my identity – new name, new place to live , even thinking of buying a wig. Disengage with the old me and reassemble someone new. Crazy, I know, particularly at my age.

“All in all, the future does not exist, so why think about it at all. If you had asked me ten years ago what the future might be I would never imagined what has happened. Que sera, sera”.

His email was heart-breaking; his words stirred up in me the swirling emotions with which I had lived for so long, albeit not as intensely as him.  And again, I felt a sense of relief that all this was behind me.  It is sobering to think that three in five of us in the UK will be carers at some point in our lives.

In truth, it had never been anywhere near as bad for me as for my selfless interviewee.  Unlike him, I could walk away and regain, if only for a day or two, my old life.  Though even for me this wasn’t always possible. When and where the two circles of a carer’s Venn diagram overlap isn’t in his or her gift.

One weekend, as mum and dad’s health continued to worsen, my husband and I packed our young daughter off on an extended play date and went to visit old friends in Derbyshire.  It was to be two days of relaxation away from it all.  We were met with a glass of Champagne.  After the first few sips I felt my shoulders drop, I chatted, laughed, began to feel my old self.

And then my mobile went off.  It was Marius, a Polish lad who had been dad’s first unofficial carer and now usually called only when things were going wrong.  As soon as I heard his voice I was swept back to my father’s flat in Surrey, to illness, doctors and distress.   In fact, Marius wanted to plan a short trip for dad in his car – it was a delightful offer, the sort of human kindness that makes you want to weep.

Which was what I did from that moment on.  The entire weekend.  I couldn’t stop crying.  I kept trying to pull myself together, forget about mum and dad with their haunted eyes and their old, broken bodies which had once cradled mine.  But I couldn’t.   At about 9.30pm I slipped away from the dinner party thrown especially for me and my husband and took myself to bed.  When I later sought counselling (something I recommend) I discovered that I had been suffering from anticipatory grief.

On the train home from Derbyshire, I resented the fact that my carer’s world had exploded into my own world – and immediately felt guilty for doing so.  Guilt, in those days was my perpetual, unwanted companion.

All life is a juggling act.  We never know how many difficult issues other people have to contend with.  Caring for someone you love, watching them suffer, is fraught and complex – and none of us choose it.  What I now know is that the experience never leaves you.  Hopefully it made me a better person: it certainly changed me forever.

11 Responses to Forever Caring – the circles of life