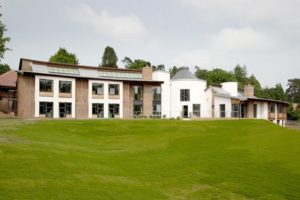 Pickering House, Dorking, a small residential home for ex-journalists, has been forced to close

I’ve had a busy summer with much travelling (hence my woeful lack of blogs, for which apologies).  There have also been two weddings and two funerals, to misquote Richard Curtis; and both friends’ funerals were due to dementia.

The first of these very sad deaths was that of a distinguished ex-journalist.  His wonderful send-off was attended by many of his former colleagues, one of whom told me about the unhappy tale of Pickering House in my home town of Dorking.

Some of you may remember one of my early blogs in which, prompted by the saccharine but thought-provoking film Quartet (about a group of elderly residents living in a home for musicians), I mused on the benefits of residential homes for those with similar professional backgrounds.

I mentioned the Royal Hospital Chelsea, home of the scarlet-coated Chelsea Pensioners, whose then director of care, Laura Bale, said that she could see the advantages of her elderly residents sharing much in common.   I also wrote of Twickenham’s Brinsworth House (affectionately known as “The Old Pro’s Paradise) for retired actors and entertainers and, last but by no means least, of Pickering House, a residential home catering for the likes of me – that is, journos.

Today I’m sorry to report that Pickering House is no more.  Which, quite apart from my selfish reasons, is sad – and telling.  Because it says much about our current care home model and the way we as a society treat elderly people.

At our mutual friend’s funeral, broadcast and newspaper journalist Nicholas Jones told me the Pickering story.  Nick, who has written an excellent piece about its closure in the British Journalism Review, comes from a journalistic family.  His late father Clem Jones was former editor of the Wolverhampton Express and Star and his brother George was for many years political editor of the Daily Telegraph.

Clem spent his final days at Sandy Cross (the precursor to Pickering House) and Nick describes this time as a celebration of his father’s lifetime in journalism.  His favourite anecdote was when his dad sat down with an ex-Daily Mirror journalist; the two men had never met before but at the end of a week swapping press stories they totted up the names of 32 mutual acquaintances.

Clem’s days at Sandy Cross gave his life a satisfying circularity: he had been raising money for its financial backer – the Newspaper Press Fund (or Journalists’ Charity) – ever since the early ‘40s when he joined the Express and Star as a district reporter.  On Clem’s death in 2002, Nick (then the fund’s chair) knew that his father would want him to ensure that future generations of journalists could benefit as he had.

So when, in 2005, it seemed Sandy Cross would have to close because it had been condemned as inadequate (not least because bathrooms were some distance from bedrooms), Nick oversaw a £1.1 million appeal to build a replacement 20-bed, state-of-the-art home.  The trust’s confidence in the new project was boosted by its handsome investment portfolio and in 2009 Pickering House was opened by the Countess of Wessex.

The new home was innovative in its layout and construction, with an airy central lobby, a well-stocked library and, essential for us journalists, the Ray Tindle bar (named after the 91-year-old local newspaper legend who only stepped down as chairman of his 220 titles last year).

Nick describes the sense of optimism at the time, with the fund’s trustees confident that Pickering House would provide an unbeatable level of care in friendly surroundings where former journalists, friends and families could fraternise and reminisce.

But by the time it opened, the 2008 financial crash had made savage inroads into the value of the trust’s share portfolio and dividend income.  Added to which, Government policy was now to keep elderly people in their own homes for as long as possible, while the ageing population and rapidly rising levels of dementia made the expense of providing more specialised care a steady drain on the charity’s finances.

By 2014 the home’s financial deficit was £597,000, threatening the charity’s various other demands – each year it helps about 200 journalists and dependents with one-off payments and grants ranging from £30 to £50 a week at a total annual spend of £400,000.  Despite managing to halve its annual losses to £250,000, the home simply became unviable and earlier this year it closed.  The reasons for this make salutary reading.

First, it was in the wrong place.  Had it been in the town centre close to transport links, access would have been easier and staffing costs lower.  How often do those of us involved in elderly care bemoan the fact that residential homes are frequently positioned on the outskirts of town – out of sight, out of mind, as if the rest of us don’t want to know what goes on behind their walls? Friends of the Elderly are investigating how care homes might be transformed into community hubs using local resources and assets.  What a great idea.

Secondly, with only 20 beds, Pickering House was too small.  Jill Palmer, the Newspaper Fund’s chair, told me that while staff-to-resident ratios were double that of most homes, it didn’t have the economies of scale available to bigger organisations.  Yet in its 2016-17 state of health report the Care Quality Commission (CQC) found the trend was for smaller homes to be rated better than larger ones, with 92pc of small nursing homes and 89pc of small residential homes rated as good compared with just 63pc of large nursing homes and 72pc of residential homes.  (The CQC says this might be partly because many smaller homes are for people with learning disabilities but, given the importance of person-focussed care, the finding makes sense to me).

Thirdly, by the time the home closed, just 14 of its 20 rooms were occupied – because it could only offer them to ex-journalists – and of the 14 residents, 12 had dementia.  This increased costs, but the home didn’t raise residents’ fees.   Even as I write this blog, today’s media is full of reports and comment columns about the scandal of those with dementia being charged 40pc more than others for their care – typically facing costs of £100,000.  My mum was one of them.

On the up side, Pickering’s 14 residents have all found different homes (where necessary, the journalist’s charity subsidises up to 15pc of their new fees), while its staff have taken other care jobs.

And Ribblesdale, the development of 23 sheltered bungalows and flats in Dorking that the charity also maintains, remains full and viable.  So it seems that in years to come I could return to my old stomping ground to chew the fat with fellow hacks – but still, what a sorry tale of our times is that of Pickering House.

8 Responses to Pickering House – a tale of our times