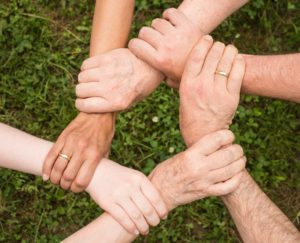 I’ve always had a soft spot for John Humphrys, who retired from R4’s Today programme this week after 32 years in the role.  Perhaps it’s because he’s a Welshman and I undertook my postgraduate journalistic training in Cardiff or it could be that, like him or not, he’s undoubtedly a persistent and skilled interviewer.  As many of those paying tribute to him said, in canine terms he’s more of a terrier than the Rottweiller label he’s so often given.

But I think what’s really endeared him to me in these last few years is to hear the hard man of the airwaves reveal sensitivity when interviewing people with dementia and their loved ones.  It’s always more moving when someone you don’t expect to have a soft side, shows it publicly.  Mr Humphrys did so at the end of his final Today programme, his voice cracking as he gave his thanks to the great British public for putting up with him for so long.  It was as unusual as it was moving to hear the great man struggling for words.

Earlier in the programme, the BBC’s director general Tony Hall also mentioned this unexpected, sensitive aspect of his colleague.  The DG wondered aloud if it was down to the haunting impact on Humphrys of the 1966 Aberfan disaster in which 116 children and 28 adults were killed when a colliery waste tip slid down the mountain side onto the village school.  It must have done: the young Humphrys was the first reporter on the scene and he’s subsequently said that throughout his decades of covering wars and disasters all over the world, Aberfan remains the worst. 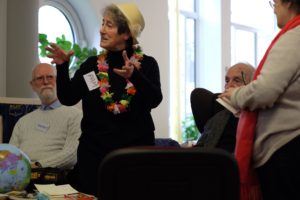 Of course the ups and downs of our lives make us who we are and shape our responses to different events.  We in the dementia sector are only too aware of this, hence our respect for the power of reminiscence work and music that has had a special place in someone’s life.

Listening to Lord Hall’s words about the retiring interviewer (I’ve just realised the wonderful irony in that phrase), I was reminded of an interview that Humphrys conducted with Denise Stevens, a woman caring for her husband with dementia.

The interview was unusual from the start.  Humphrys began by reflecting on his own father’s dementia and the way, towards the end, he had “turned his face to the wall” and died.  This personal note set the tone for a radio item that had the feel of a conversation between two people with a shared experience, on which we listeners were eavesdropping.

Throughout the piece Humphrys displayed nuanced understanding of the complexities of Denise’s life as someone caring for a loved one with dementia.  He said that of all the voices he’d heard on the subject hers was the most compelling, and that her experience gave her a moral authority.  The interview was five years ago; it moved me to such an extent that I blogged about it here https://pippakelly.co.uk/2014/09/the-unending-grief-of-the-dementia-carer/.

When dementia touches you personally it changes your attitude towards it.  I mentioned this in my essay on stigma in the latest Alzheimer’s Disease International report, launched yesterday (see p95 of the report). 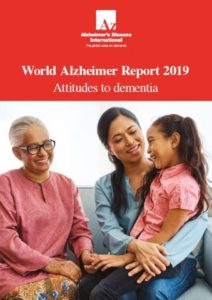 Questioning whether the media’s role is a help or a hindrance when it comes to diminishing stigma, I argued that the dementia community and the press could benefit each other.  I said it was up to those in the dementia sector to provide the media with strong, human interest stories to inform the general public about the condition and thus help to diminish stigma (which springs from a toxic combination of silence, ignorance and fear).

“Once a condition such as dementia is given a human face, your attitude towards it changes.  Gone is the stigma and fear: mum may be behaving in an unusual way, she may be incontinent or unable to speak properly, but she’s my mum.”  I went on to explain that this phenomenon accounted for the power of celebrities in combatting stigma.  The public think, bizarrely, that they know them.

Which is just one of the reasons why John Humphrys’ interview with Denise Stevens, conducted as it was in front of 7 million listeners, was so important.

Earlier this week I spoke about the power of compelling human stories to bring about change at a health and care leadership event.  Anyone who knows me will be all too familiar with my love of stories (or rambling on, as some might put it).  Preparing for my talk, I thought about why the telling and retelling of human experiences resonates so much with other people and how we might most effectively use this connection to help deliver positive changes, whether in the health and care sectors, the dementia community, or broader society more generally.

We humans connect to each other through our emotions.  As I said to health and care leaders at Frimley leadership and improvement academy, the most common reaction to the talks I give about caring for my parents is, quite simply, thank you.  (My mum had dementia, my dad had a series of strokes that left him bedridden, immobile and being fed by a tube in his stomach).  I think I articulate, and reflect back to them, my audiences’ and readers’ own attitudes and responses to the difficult times they are, or have been, going through.

It’s my skills as a journalist, a communicator, that allow me to do this.   And in so doing I hope to bring about small changes in the way we all think about those with dementia and older people, and how we care for them as a society.

In my early blogs I often used to muse about “joining the dots” – by which I meant discovering people’s stories, making connections and writing them up.  This week, for me, has been all about links: from the BBC’s retiring, irascible, yet sensitive inquisitor and his deep, somewhat surprising empathy for Denise Stevens, to the audiences and readers who express gratitude to me simply because I’ve told them openly, truthfully (and hopefully fluently) about what my family and I went through.

We humans are a sociable, tribal breed.  We love sharing stories.  We love to connect.  All I do is to tap into this natural human desire and then ramble on about it.

2 Responses to Only Connect