The Two Faces of Twitter – a heartwarming Christmas story 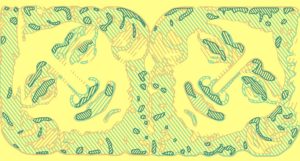 My husband, who’s been involved with politics one way or another for over 30 years, looked at his Twitter feed a few days before the general election and said he’d never known such a vitriolic campaign. I wearily agreed.  It’s been an unedifying sight watching politicians and others slugging it out on social media.

In the wake of the Conservative’s win last week, the Mail on Sunday ran a double page spread under the headline, “Toxic Twitter”, claiming it fueled political extremism and debased debate.  Given the 240-character limit of each tweet, this may well be true – pithy one liners hardly make for nuanced arguments.  But fear not, I have no intention of going into the politics of Twitter here.

Instead, in this season of goodwill I bring you unlikely tidings of online comfort and joy.  For Twitter has two very different faces.

Two days before the Mail’s characteristically provocative piece an old pal of mine direct tweeted me (along with three dementia organisations):

“Anyone have any ideas for family Christmas games we might be able to play that can involve and include my father, who has Alzheimer’s disease, please?”

Within minutes the good folk of Twitter – yes, there are lots – came alive with suggestions for my friend Neville, aka @PompeyNev.

“Sitting, hugging, holding, talking, listening. Try throwing a balloon or something very simple. Games aren’t important and can create a great deal of anxiety and insecurity. Just include them in everything and don’t treat them differently,” tweeted @bradboyqld.

Trish Dainton, aka @TDainton, wondered if my friend could look up record charts for when his father was about 20 years old.

“Type (large font) & laminate titles & artists of hits”, she tweeted. “Cut titles into 3 parts. Group/artists into 2. Jumble up the pieces (having kept note of answers) & see how many hits can be found? Take a turn then & play track via Youtube”.

What impressed me was the time and consideration that went into the myriad responses.  People really wanted to help – to share their experience and knowledge.  To make a difference.

@Mycarematters told us that Bradford Hospitals’ Charity has set up an Amazon wish list of games for those living with dementia in their care, which you can see here.  How fabulous is that.

This is the other face of Twitter, the beneficent one that’s not talked about much in the tabloids, who focus their laser-like gaze on how the platform allows bullies to hide behind their screens spouting hateful comments they’d never have the nerve to say to anyone in reality.  Don’t get me wrong, this certainly happens. 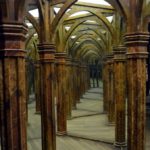 Just as it’s true that all social media serves, to use that hackneyed phrase, as an echo chamber.  We choose who to follow, so tend to see our own views reflected back to us in a never-ending hall of mirrors that reinforces our view that we are absolutely, definitely right and everyone else is blatantly wrong.  But one person’s echo chamber can be another’s community, as my pal’s tweet for dementia-friendly Christmas games so vividly illustrated.  The suggestions kept on coming, including this one from John Reed (@johnreedtutis).

“Name that tune would be good.  Suitable for all, you choose the music, make a play list and play one at a time.  Great fun as anyone, dementia or not, can play.  Small prize at end, plus bonus points for singing along.  A great memory jogger too”.

In one of my earliest blogs I described Twitter as a “fabulous global cocktail party” taking place on the Internet, introducing people who would otherwise never meet.  Friendly groups such as #AlzChat and #DiverseAlz gather in this virtual space for regular chats (Mondays and Thursdays at 8pm GMT and 3pm EDT to be precise – simply search for the hashtags and you can join in).

By coincidence the subject of the most recent #AlzChat was the importance of Twitter chats for those living with dementia and their carers.  The topic created a buzz and Tommy Dunne summed up just what the online meet-ups mean to him:

“#AlzChat When no one phones and I’m alone there’s a place that I can go to communicate with people I now know, a place where they will listen and will not judge”.

Tommy, aka @TommyTommytee18, lives with Alzheimer’s.

Researching a Guardian article a few years ago I interviewed the then 65-year-old wife of someone with dementia.  She told me she felt trapped by her husband’s condition, likening her situation to that of a mother with young children, but without contemporaries in the same boat.  Facebook and Twitter help carers to connect with others facing the same daily challenges.  She and I share posts on Facebook, we connect.  Occasionally we – whisper it softly – actually meet.  In person.

Social media has the power to reach the parts that others can’t.  Yes, it’s used to disseminate lies, breed hatred and fear – but to be honest it’s the individuals involved who do that, not the platform itself.

The negative, nasty face of Twitter is well publicised.  But let’s not forget its positive side.  Used well, it stimulates connectivity, forges friendships and is a joyous force for good.  I don’t know about you, but I’m very happy to raise a festive glass or three to that.  Real, ice-cold bubbly ones mind, not your frothy, virtual nonsense. 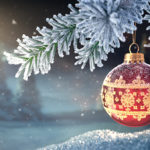