Sometimes when I sit down to write my blog I realise that words on a page simply won’t cut it.  People need to be there, see the magic, hear the joy.  So it is with Turtle Song, an initiative through which those living with dementia, their loved ones and carers, join forces with Royal College of Music graduates, professional musicians and music students to create a song cycle which they then perform live to family and friends.

The best way to understand the brilliance of this project is to watch it in action.  In the short, three minute film below you witness the stimulation, companionship, happiness and purposeful satisfaction that creating and singing songs over the course of ten weeks brings to all those involved in the group.  To quote the song being sung, “We are finding our voice”.

You see Philip, arm protectively around his wife Jenny, who was diagnosed with dementia five years ago.  Their favourite song of the cycle is “Touch”.  “It means so much,” says Philip, with just a hint of a crack in his voice.

In another clip from a BBC documentary (below) Philip reminds Jenny that one of the songs the group has written recalls the day they bought her engagement ring.  As he says this Jenny laughs, and the love of this tall, bespectacled man for his petite, blonde wife is given away by the look on his face.  Not the first giddy rush of emotion, but the deep, enduring love of a married couple who have weathered the vagaries of life so far and intend to go on doing so, dementia or not.

“Just talking about it on the way here in the car I get the smiles,” says Philip. And Jenny smiles again.  There is something positive, joyful and life-affirming about a couple singing together when one of them has dementia.

For Maggie Kavanagh, whose husband Peter was diagnosed with frontal young temporal dementia three years ago when he was just 58, joining the Oxfordshire Turtle Song group has meant still feeling part of the human race.

“In the difficult times it has been like a beacon on a light house,” she tells me from lockdown in Bicester.

Seeing Peter being so willing to join in with the singing and dancing – he never danced before his dementia – and being immediately accepted without judgement, makes Maggie happy.  She enjoys the warm-ups, the vocal exercises and watching other carers and people with dementia having fun.

Turtle Song is just one strand of Turtle Key Arts, a ground-breaking production company with a mission to ensure access to the arts.  For all.  That means people with disabilities, people who are disadvantaged or socially excluded, those with autism or dyslexia, and those with dementia.  Participation lies at the heart of everything they do, as does collaboration with various partners, including the prestigious English Touring Opera and the Royal College of Music, as well as the Amici Dance Company, who integrate disabled and non-disabled performers in their productions, and Ockham’s Razor, an aerial theatre company.

Turtle Key Song was founded by Alison King, whose mother was diagnosed with dementia in her early 60s.  When Alison took her to a day centre she discovered that the average age was 85 – her mum simply didn’t fit in.   So Alison set about opening up arts opportunities to improve the quality of life for those who are side-lined, ignored or stuck at home.

Now in its 12th year, there are 28 Turtle Song projects running in various parts of the country and, until Covid struck, the group in Oxford were holding their weekly sessions in collaboration with English Touring Opera, the Royal College of Music, Oxford University students and YoungDementia UK.  Undaunted by the lockdown, they continued to meet up each week via Zoom and recently came together online to give their final performance for family and friends, which you can watch here.

Will Prior, an Oxford university music student working on the project, says that although the final Zoom rehearsal session was very different from meeting in person, it was bizarrely heart-warming.

“There’s something rather special about seeing a group of people you’ve been getting to know for the past three months dancing round their living rooms without a care in the world, whilst belting out songs that you wrote together”.

Now, in a welcome positive twist, Turtle Key Arts’ artistic director Charlotte Cunningham sees a new online legacy for the project.  With Turtle Songs due to run in Reading, Manchester, Bishop Auckland and London between now and next spring there is potential for virtual Turtle Song sessions in which participants from past projects could join in regularly online to sing their own songs or those created by other groups.

“The Oxford experiment has shown us that with good planning and support from our end, it is a real possibility,” says Charlotte.

Anyone who knows me won’t need reminding of my belief that the BBC could – and should, given its public service remit – provide a weekly radio singing programme to bring people, particularly those who are isolated and those with dementia, together.   Not just during this current crisis, but in perpetuity.

But as this hasn’t happened – yet – it is good to see that, truly terrible as the coronavirus pandemic is, it is proving that the virtual world can bring together people who would otherwise never be able to meet so that they can sing, socialise and have fun.  Perhaps there is a glimmer of light at the end of the lockdown tunnel for those with dementia and their families and carers – and others too. 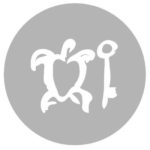