My family and I owe an enormous debt of gratitude to Barbara Pointon MBE, who has died aged 80.  And it’s not just us who have cause to thank her.  Thousands of families across the UK have benefited from the landmark case that this Cambridge music lecturer won in 2004, establishing the right for state-funding health care known as NHS continuing heathcare (CHC) to be provided to people in their own homes. 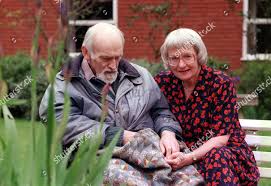 In 1991 Barbara retired from her job to look after her husband Malcolm when he was diagnosed with Alzheimer’s aged 52.  After seven years of caring for him at home, Barbara reluctantly moved him into a care home, paid for by Cambridgeshire health authority.

But after just two years, shocked at her husband’s deterioration, Barbara brought him home again. At this point, in 2000, the health authority said that it would no longer pay for Malcolm’s care because it was deemed to be social care, not requiring a nurse, and would therefore be means-tested.

Barbara took advice from the Alzheimer’s Society and appealed against the decision.  Eventually, the health service ombudsman upheld her complaint, ruling that the CHC assessment had not taken sufficient account of Malcolm’s needs, and also that the care he received from his wife was equal to that he would have received in hospital.   The judgement meant, crucially, that being cared for at home by a family member was no longer a barrier to receiving CHC.  The Pointons were awarded CHC funding of £1,000 a week.

Their story was told in two ITV documentaries, Malcolm and Barbara: A Love Story in 1999 and Malcolm and Barbara: Love’s Farewell in 2007, the year Malcolm died.  Barbara said they agreed to take part in order to “blow the doors and windows open” on dementia, which at the time was even more feared and misunderstood than it is today.

In this they undoubtedly succeeded.  As Kate Lee, chief executive of the Alzheimer’s Society said of Barbara’s death, “Her willingness to share her story on film made a huge impact on the national conversation around dementia, reassuring countless people that they weren’t alone in their experiences”.

Hearing that Barbara had died – poignantly, she too developed dementia in 2018 – took me back fifteen years to when I cited her case in my long battle to gain CHC for first my dad, who suffered a series of strokes that left him bedridden, immobile, being fed by a tube in his stomach, and then my mum, who lived with dementia for over a decade, the last few years of which she too was confined to bed, immobile, unable to speak and being fed pureed food by her carers.

Rereading the complicated ombudsman’s report into Malcolm’s case, I was reminded of the “diagnostic support tool” – a tick-box form in which various categories such as mobility, nutrition, communication are scored from “no needs” to “severe.”   As you might imagine, when I completed this I scored both my parents’ needs as severe in several categories.

I remembered how often it was reiterated to me that CHC was awarded only when someone was judged to have a “primary health need”, not a social care need – as a result of which, so I was told, there was no way my mum, with her dementia, would receive it.  I successfully argued for both my parents that just because their health needs were being well met – my dad’s carers lived in his flat, mum was cared for in a nursing home – didn’t negate the fact that they both had severe, primary health needs, and as such they both qualified for CHC, dementia or not.

But more than anything else, reading about Barbara and her years of caring for Malcolm while battling the NHS – the very system designed to help them – I remembered the relentless, soul-crushing misery of it all.  The overwhelming helplessness, the anger, grief and never-ending frustration came flooding back.

The CHC case that Barbara won for her husband not only ensured that people could receive state funds for care delivered in their home, but was an important step towards the NHS recognising that those with dementia have health needs, met through healthcare that is free at the point of delivery, not merely social care needs that are means-tested.  In other words, that dementia is no more a natural part of ageing than cancer or heart disease, but a health condition.  Malcolm Pointon was 52 when he developed it – 40,000 people under the age of 65 live with dementia today.

As Dr Nori Graham, vice-president of the Alzheimer’s Society said, “Barbara was absolutely key in the establishment of the right of carers of people living with dementia to receive free NHS care at home.  The right to continuing healthcare funding at home only came about because of Barbara’s relentless fight for it”.

This brave, determined woman fell and broke her hip in May and died some weeks later, during lockdown, which meant that her family had not been able to see her face to face for well over two months.  A sad ending to an extraordinary individual to whom thousands of us owe so much.