I woke up this morning to the news that Dame Barbara Windsor has died aged 83. She was a national treasure.  And never more did this petite figure with the big heart and the golden smile live up to the accolade than when, in her final years, she let the world know that she had dementia.

Diagnosed with Alzheimer’s six years ago, in 2018 she and her husband Scott Mitchell went public with the news.    In so doing they delivered us all  a huge service, helping to diminish the stigma around a cruel and much misunderstood condition that now afflicts close on one million people in the UK.

So in memory of this wonderful woman, and in tribute to both her long career spanning the Carry On films and Eastenders, and her courage in speaking out, I’m reposting a little of what I wrote back in 2014 to thank her and her husband. 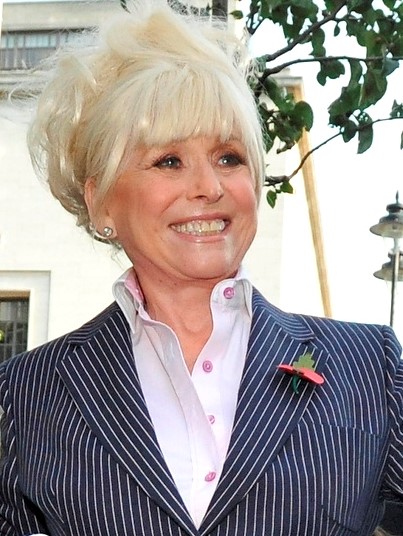 At the time Scott said they’d decided to go public so that if, when she was out and about, Barbara acted uncharacteristically, people would know why and “accept it for what it is”.

This is so, so important.  When entertainment royalty such as Dame Barbara Windsor speak out about their dementia it makes headlines, generates discussion, raises awareness, and increases knowledge, of a hugely feared condition.

In less than 48 hours Scott Mitchell’s announcement about his wife’s dementia projected the topic into everyone’s lives.  All the national newspapers carried the story, many with double-page spreads.  Radio 4’s PM programme ran a lengthy interview with Formula 1 racing legend Sir Jackie Stewart, whose wife Helen has frontotemporal dementia.

He spoke informatively, fluently, personally and courageously about what Helen’s illness has meant for them in ways that will resonate with thousands of families up and down the country.  He described how, because of the wealth he’s accrued, he can afford specialist nurses for his wife whereas others, less affluent, less fortunate, cannot. Staggered to discover that there is no cure, Sir Jackie has launched a charity, Race Against Dementia, to fund research into the condition.

On the BBC Breakfast television show a panel including author Wendy Mitchell, who lives with Alzheimer’s, discussed Barbara Windsor’s diagnosis.  In just a few minutes several key points were beamed into households the length and breadth of the land.  The main, crucial, message being that with more knowledge of the condition, the public could better appreciate how it affects those who have it and show them more tolerance, more patience, more understanding. 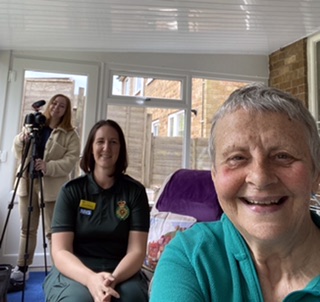 I don’t know if she’s fully aware of it, but Wendy Mitchell is a journalist’s dream.  She speaks in near perfect (and unusually sensible) soundbites.  I say this – I hasten to add – in a spirit of awe and appreciation.  It is one of those things that seems so easy yet is very, very hard to achieve, particularly on live television in front of 1.5m viewers.

“Dementia is like a cruel game,” she said.  “Some days it throws a curved ball at you but because I’m such an optimistic person  I say that tomorrow might be better.  If you dwell on the sadness of bad days, it is a day lost of happiness”.   A day lost of happiness.  Her inversion of the words merely adds to the power of the sentiment.

Wendy’s fellow panellist Simon McDermott sprang to the nation’s attention two years ago when he uploaded YouTube videos of his father Ted (who has Alzheimer’s) singing in the car.  The films soon went viral and the Songaminute Man was born.

In an echo of the devastating condition itself – whereby a single diagnosis has an overwhelming impact, on not just one individual but an entire family – when a celebrity and his or her loved ones decide to go public with a dementia diagnosis, the benefits ripple outwards, causing a cumulative, positive effect.

It is all part of the soft power of culture.  Slowly but surely as more and more of those in the spotlight choose to speak out – think of author Terry Pratchett, actress Prunella Scales (who, together with her husband Timothy West, featured in seven television series about the couple’s canal boat trips following her diagnosis), Sir Jackie Stewart and his wife Helen – the public’s knowledge and awareness of dementia grows, silence gives way to understanding, fear subsides, stigma fades.

The famous have a platform and unrivalled power to use their well-trained voices.  But dementia – as anyone who has it or whose loved ones have it, knows only too well – is also very personal, involving complex, competing emotions.  It takes a brave person to talk out.

Which is just what Dame Barbara was.   She died at 8.35pm on 10 December at a London care home.  Her husband Scott said that the actress’s final weeks were “typical of how she lived her life … full of humour, drama and a fighting spirit until the end”.

All we can say is thank you Babs, for everything.