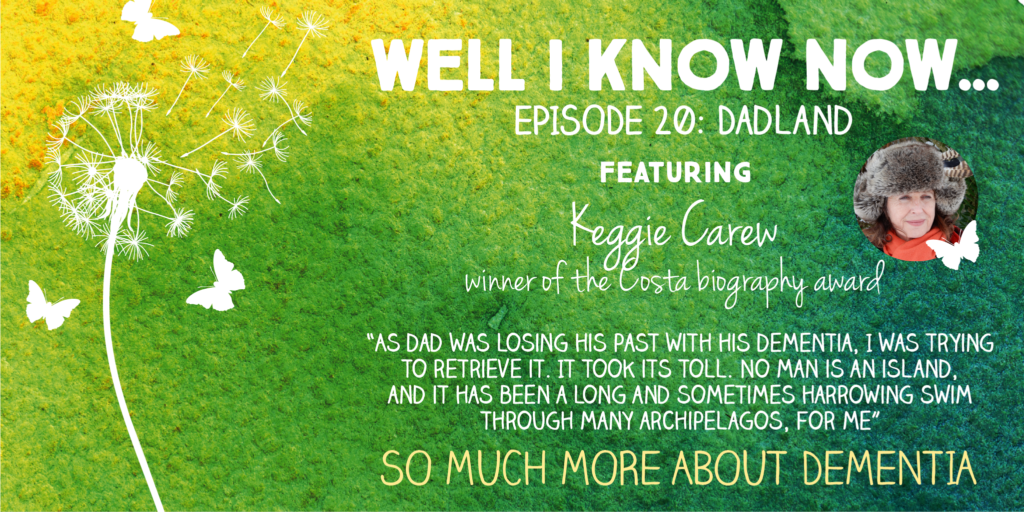 Dadland, the 2016 Costa book prize winner, was described by one of the judges as the most unconventional biography she had ever read.  And it is.  It is also extraordinarily beautiful, moving, funny and haunting.

It tells the story of Lieutenant Colonel Tom Carew, a dashing maverick and daredevil hero of the second world war who was awarded both the Distinguished Service Medal and the Croix de Guerre.  In 1943 he joined Churchill’s Special Operations Executive, becoming an undercover guerrilla agent in first France and later Burma.

As well as being a natural rebel made for this role, the three-times married Carew is father to four.  He’s an exciting – if challenging – dad.  Who wouldn’t want to boast to their schoolfriends that their Secret Service dad had been described in the Times of India as Lawrence of Burma?

It wasn’t until his final years that Carew’s daughter found, up in his attic, a haul of yellowing letters, diaries and papers.  Through them she painstakingly pieces together the details of his remarkable life.  The heart-breaking twist is that even as she’s discovering her dad, he’s succumbing to dementia.  He’s leaving her.

She is Keggie Carew.   And in this week’s podcast she talks to me about her dad and his dementia, about the twists and turns of family life, about forgiveness and about that strange, intangible thing called love.  All themes that are skilfully woven into Dadland as its mesmerising narrative flits about in time.

“We sit together in the garden and watch the sun set across the pasture,” she writes of her and her father.  “Insects rise, the day’s last rays snagging their gossamer wings .. He is completely immersed in it.  I watch him watching. He is far away.  We sit together, floating in and out of each other’s consciousness .. His world is fading.  Coming and going in front of his own eyes; each name hazy, each face a blur of memory.  Every house he lived in, every girl he loved, slip-sliding away.  Night is beginning to surround him.  He stands helplessly, ears ringing with noises he cannot understand, words that don’t make sentences, sounds that don’t make words, faces that are completely new to him, places that he knew so well until yesterday.  The hourglass has slowed and quickened simultaneously.  And yet.  The idea of one day him not being in the world seems an impossibility”.

Keggie’s powerful debut work is imbued with the sadness of losing such a man and of him losing himself.  How could someone so fearless and dazzling have come to this is its constant underlying refrain.  It’s an exploration not only of Tom Carew, but of how we all change and develop through life, yet remain fundamentally the same, and about how our parents’ ways – their talents and flaws – flow inexorably into us no matter how hard we push back.