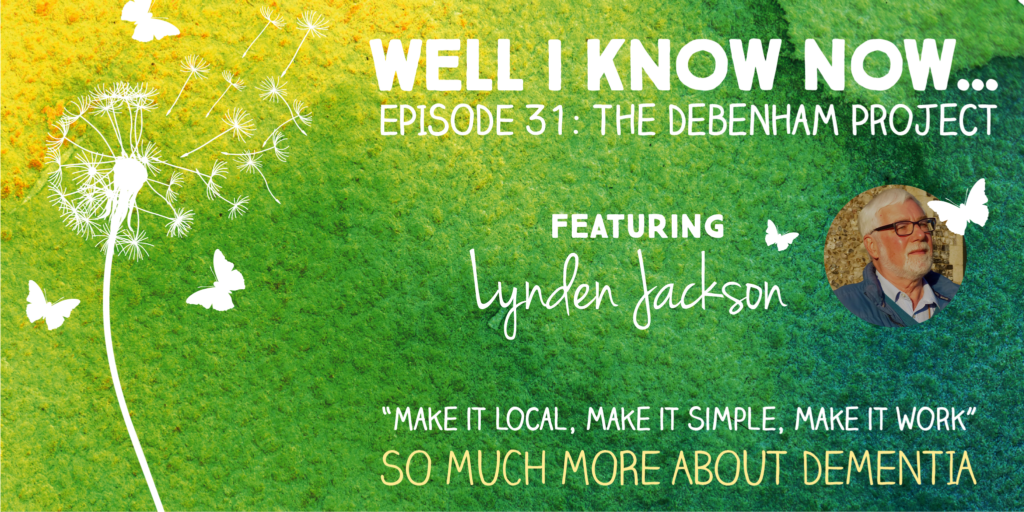 A few years ago I stumbled across a wonderful local project initiated by a group of church elders. Launched in the village of Debenham in Suffolk in 2009, its aim was simple: to care for older, vulnerable people in the community where they belonged, among family and friends, so as to avoid them having to leave their neighbourhood, their loved ones, all that was well-known and comforting, to go and live in a care home somewhere else – which is what just over half of these older residents were having to do. Put like that it seems such an obvious objective.

And it was with this basic aim in mind – and nothing much more in the way of a plan – that the group organised a public meeting in the village hall. It being England, and Suffolk, and April, the night was miserable and rainy. So they didn’t expect many, if any, to turn up.

More than 70 locals came along; it was standing room only. Probably -without being rude – because it was about them. It involved them, it affected them. And that evening, the guiding principles of the Debenham Project were hammered out. These were: that the scheme should be local, operating within a four and a half mile radius, benefiting and implemented by people motivated to offer their help to those they know; that it should avoid bureaucracy and concentrate on what could be done, not stress about what couldn’t.

Its philosophy is neatly summed up in a catchphrase worthy of Saatchi & Saatchi at their best: Make it local, Make it simple, Make it work.

It’s amazing what you can achieve when you put your mind to it and are personally invested. Within six months – with the collaboration and support of the local mental health trust, adult care services, three major charities, the library, the church and the post office – an advice and information centre and an activities and social hub had been set up, the first Food ‘n’ Friends lunch club held, a website created and a confidential telephone helpline launched.

Over the years the project has evolved and matured, with the addition of activities such as the Carers Club, the Info Café, a community transport scheme, a relaxation therapy group, a reminiscence group, specialist memory and support services and a network of trained volunteer carers ready to step in at short notice.

Schemes and activities have developed and evolved, evaluations have been undertaken and other parts of the country have looked to Debenham for inspiration.

A big part of the project’s success is that it works from the bottom up, not the top down – volunteers don’t support professionals, but vice-versa. As the project’s chairman put it so well, “We believe that this is the only way that truly person-centred care can be delivered – caring for the community, in the community, by the community.

He is Lynden Jackson and he joined me on my podcast to talk about the last 11 years in Debenham, and what it has taught him, and how the community responded to the Coronavirus pandemic. The answer to the latter was, as you might expect, quickly, practically and thoughtfully.