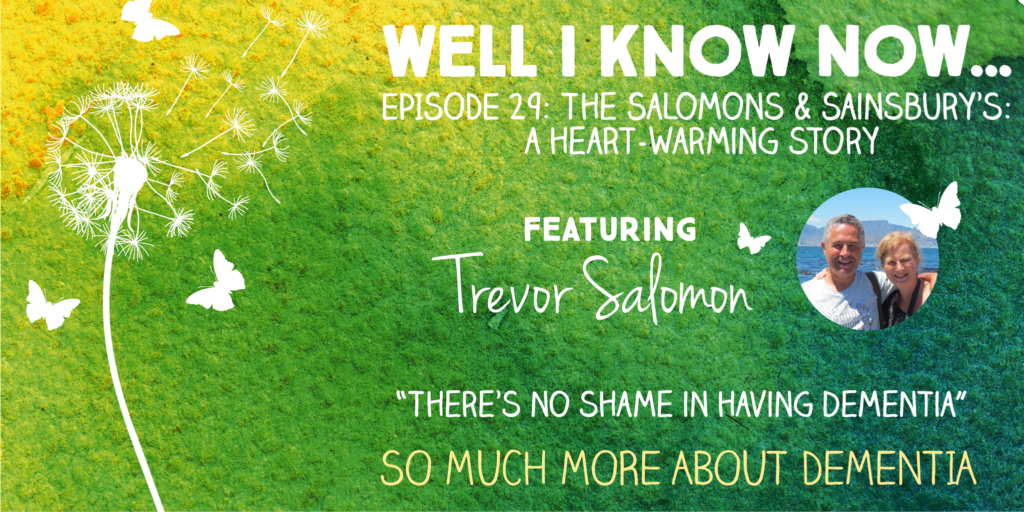 Trevor Salomon knows first hand the difference that other people’s attitudes can make.  When his wife Yvonne was diagnosed with Alzheimer’s aged 56 she was working at Sainsbury’s.  He says that if they’d fired her then he would have had to accept it.

But they didn’t.  They bent over backwards to keep her on, even when the disease robbed her of many everyday skills – the Sainsbury store in Harrow adapted her role, allowing her to continue with them for four and a half years after her diagnosis and providing her with what her family describe as a lifeline.

The heart-warming story made news around the world when her son posted a tribute thread on Twitter.  “Sainsbury’s were more than just an employer,” he tweeted. “They supported her like a family.  They made her struggle lighter and brighter.   They served as a reminder of her self-worth every day at a time when she was quite literally losing everything she once was”.