I’ve recently started to appear at events talking about dementia and elderly care issues. Here I am at the Oxfordshire Carers Conference, November 2017. Afterwards the organisers were kind enough to say, “Inspirational, compassionate, thought-provoking – feedback from Pippa Kelly’s conference speech was outstanding”.

Talk on dementia and old age at the Clapham Society, April 2018 which the chairman described as “great and inspirational”. 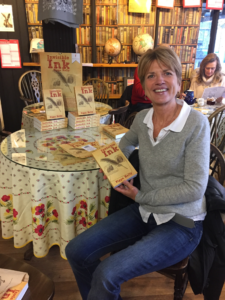 After my talk at the Topsham Bookshop, owner Lily Neal was kind enough to say, “You are very engaging.  Your intelligence shone out and now I see why your book was so good – you have such an ability to think your way through things and express your findings in an accessible way”.

At The Heart Of All Care Is The Person – June 2016 – speech to NHS Confederation based on my introduction to the NHS Confederation report by the independent Commission on Improving Care for Older People http://www.nhsconfed.org/~/media/Confederation/Files/Publications/Documents/Growing%20old%20together%20-%20report.pdf