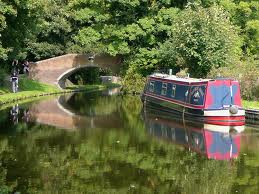 “Basil!”  Anyone of a certain age will remember Sybil Fawlty’s voice imperiously summoning her gaff-prone hotelier husband in the ’70s sitcom, Fawlty Towers.   Prunella Scales seemed to inhabit the role of Sybil: organised, efficient, bossy.  She had to be with a husband as disastrous as hers.

Now we learn from her real life husband and fellow actor Timothy West that she has “a sort of mild Alzheimer’s”.   It’s brave of him to speak out given the stigma that still surrounds the condition.   Few other UK celebrities have done so in quite the same way.

John Bayley, husband of author Iris Murdoch, faced criticism when he published a memoir of his late wife that included descriptions of how Alzheimer’s had affected her.

It was assumed, but never quite stated, that Margaret Thatcher had some form of dementia in her final years.   The film “The Iron Lady” won Meryl Streep an Oscar for her portrayal of the late Prime Minister, including scenes showing her as a doolally old lady talking to a non-existent Denis.   The filmmakers didn’t consult the Thatchers’ children, Carol and Mark, about the cinematic depiction of their mother, who was still alive at the time, and there is no evidence to suggest that she spent her final years talking into space.

Dementia, even in the second decade of the 21st century, is still to some extent the condition that dare not speak its name.

It’s not just Prunella Scales’ and Timothy West’s decision to talk openly about how Alzheimer’s has impacted on their lives that is so welcome, it’s the way they speak of it.  In a joint interview with the Radio Times about a forthcoming TV series on the couple’s canal trips their language is couched in positive terms.

Though admitting that it’s painful to see his wife changing into “another person” Mr West also says that he notices how much she’s able to do and how much she enjoys life.  “Her sense of humour is still there and we have a lot of fun.  She’s just growing old in a certain area more quickly than either of us would like.”

According to Mr West, their slowly gliding trips could be made for someone in his wife’s position.  “You don’t have to remember things on the canal.  You can just enjoy things as they happen – so it’s perfect for her”.

As for 81-year-old Miss Scales, she says she’s determined not to let her condition stop her acting and wishes to die on stage during her eighth curtain call.

Dr Alison Cook of the Alzheimer’s Society said that the couple’s adventures on the canals show that it’s possible to “live well with dementia and plan to carry on enjoying life”.

Her words, and those of the actors, chime very well with the increasing desire and determination among those involved with the condition (including those living with it and their carers and doctors) to concentrate on the positive – to view the person first and then the condition; to ensure that people who have it are not defined by it and to see them for what they can do, not what they can’t.

No doubt Timothy West and Prunella Scales did some soul searching before deciding to speak out about her Alzheimer’s.    Actors alive to the power of language, on this occasion the words in which they told their very personal story were well chosen indeed.

As a postscript, journalist Sarah Vine has today (5 March) included a wonderful and touching vignette about the couple in her column in the Daily Mail (scroll down).  She tells of how, at last year’s Oldie Literary Festival, the pair read together on stage quite perfectly.

“But the most touching performance took place during rehearsals,” she says. “West never took his eyes off his wife, making sure she knew the running order, patiently going over everything time and again, tenderly coaching her, gently correcting her when she got in a muddle.

It was a humbling display of unshakeable marital love”.

Conquering the Eiger
Please Read On